Guide to Trail Running in Japan

In recent years, trail running has become really popular all over the world including in Japan, with many races of different distances being held every year. What is it, and how do you trail-run in Japan? And it is a great way to learn more about different places in Japan that are away from the typical touristy spots that you might not have visited otherwise.

What is Trail Running?

Trail running (トレイルランニング) is defined as running on any surface that isn’t paved, such as dirt paths, mountain trails, sand, grass, forest trails, mud and snow. Often trails are a combination of surfaces. What makes it different from road running is the more technical the terrain, the slower your pace will be. For example, if you’re going up a particularly steep heel, it would be more efficient to hike up the hill rather than run up it. Depending on the trail, you may have to navigate tree roots, rocks or other obstacles and the terrain may be slippery, uneven or loose. On top of that, the elevation may vary drastically. With elevation gain being how much you climb and elevation loss being the amount you descend.

With all these things considered, you will need to be aware of your surroundings and more focused on things such as your footing! Often it will be more challenging than just going out for a run down the road and there are necessary precautions you should take such as telling someone where you are, and knowing what the area you’ll be running in is like. But the views you can get, the sense of freedom and accomplishment and the chance to get out of your comfort zone make trail running worth trying.

Gear You Use for Trail Running in Japan

If you’re already running and want to get into trail running, there’s no need to go out and get different gear. If you can choose a shorter trail that isn’t so technical, you could get away with using your road running shoes. But you should get more trail-specific shoes if you want to do more technical trails. Road running shoes tend to be more lightweight and more cushioned as they are designed for harder and smoother surfaces. Whereas trail running shoes are generally heavier and designed to protect your feet from different surfaces such as mud, rocks, sand, and roots. Once you go on longer runs you may also want to consider getting a hydration pack or vest – to hold your water, food, clothing layers, and first aid items.

For beginners who are unsure if they’re ready to invest in trail running shoes, you can always try renting, which can be done at Takao Base Camp.

How to Get into Trail Running in Japan

Where Can I Go Trail Running in Japan?

A great place to start trail running can be hiking trails. One of the most popular locations in Tokyo is Mt. Takao ( 高尾山), which is located on the outskirts of Tokyo. Mt. Takao is easily accessible from central Tokyo and takes about 50 minutes on the Keio Line from Shinjuku station to Takaosanguchi station (高尾山口駅). The good thing about Mt. Takao is that there are several trails ranging in levels of difficulty. In total there are about seven trails that you can take, trails 1-6 (Omotesando Trail, Kasumidai Loop Trail, Katsura Forest Trail, Suspension Bridge Trail, Summit loop Trail, Biwa Waterfall Trail) and the Inariyama trail. The most popular trail for mountain climbers is the Omotesando trail, which is mostly paved and takes you through many sightseeing spots including The Monkey Park and Yakuo-in Temple. The Inariyama trail (3.1 km) is considered to be the most difficult.

From the summit of Mt. Takao, you can choose to extend your run. One way is to continue to the adjacent mountain Mt. Kobotoke- Shiroyama (小仏城山), which is generally less crowded than Mt. Takao and will take you through a path filled with endless wooden stairs. One of the highlights of running to Shiroyama is the teahouses, which serve various items including the famous nameko mushroom soup, oden, and kakigori (shaved ice). There’s nothing better than a delicious bowl of soup or oden after a run/ hike. If you’re still feeling hungry after that you can have a go at the huge mountain of kakigori (shaved ice).

From there you have the option of either going back to Takaosanguchi station  (高尾山口駅) or you can descend to Lake Sagami through part of the Tokai Nature Trail. This will take you past Benten Bridge (弁天橋) which leads to Sagami Dam (相模ダム) and then onto Sagamiko station (相模湖駅).

Another of the most popular courses among trail runners is the one that takes you from Mt. Takao (高尾山) to Mt. Jimba ( 陣馬山, 857m), which is a mountain situated between Tokyo and Kangawa.  It is said the hike takes you about five hours, so if you’re running it could take you three to four hours. This course will take you through Mt. Kobotoke-Shiroyama (小仏城山), as well as Mt. Kagenobu (景信山), where you’ll be rewarded with spectacular views. The summit of Mt. Jimba is famous for its large white horse statue and fantastic views of Mt. Fuji. From Mt. Jimba it is possible to return to Takao station by bus but it only comes once an hour so make sure to look at bus times. Whichever route you take, a great way to end your run is by taking a long soak in the hot spring by Takaosanguchi station  (高尾山口駅).

You also have the option of starting your runs from places other than Takaosanguchi station, but there may be less facilities around. Some people start from Takao station or even Sagamiko station.

2. Other places in Tokyo to go trail running

Other places in Tokyo that are great for trail running include Ome (青梅), Okutama (奥多摩) and Musashi-Itsukaichi (武蔵五日). Okutama is a town located in west Tokyo and is a mecca for nature lovers. It is a popular place for hiking and camping and is home to the highest peak in Tokyo: Mt. Kumotori (雲取山), with an elevation of 2,017 metres. One of the possible routes you could take is the Okutama three mountains trail, which is considered a more difficult one and is popular for hiking, camping and running. It begins from Mitake station (御嶽駅) and from there heads to Minedabani Bridge through the Okutama three mountains – Mt. Gozen (御前山), Mt. Odake (大岳山) and Mt. Mito (三頭山).

3. Trail running outside of Tokyo

Roughly 70% of Japan’s lands are mountains, meaning there are plenty of trails for you to choose from. Many of these trails will take you through beautiful mountains, villages, rice fields and bamboo forests. One such location is Hakone, a well-known hot spring resort town in Kanagawa prefecture. There are a few hiking trails that can be found in Hakone, including The Old Tokaido Road (the old walking road between Edo and Kyoto), Mt. Kintoki (金時山), and the caldera loop. The caldera loop is a little more challenging since it is about 50 km with a total elevation gain of 3000 m.

Also check out: 11 Things to Do in Hokkaido

Where to find trail running community in Japan

Trail running is a great way to make new friends in Japan, where running, both road and trail, are very popular. There are plenty of running clubs and groups you can join including Tokyo Trail Running (TTR), Japan Trail Running (JTR) and Tama Trail Runners. These groups are great for those who love running, mountains and nature! Members include both Japanese and foreign runners. There is a real sense of community when you join these groups and they are a great opportunity to make lifelong friendships.

They organize events for beginners to more advanced runners, with routes and locations varying, and are not limited to only Tokyo (including Okumusashi, Tanzawa, Kamakura and Hakone). Some of the most popular locations for beginners and intermediate runners include Mt. Takao, Mt. Hinode, and Mt.Mitake, with many potential routes.

Some of these include Mt. Takao to Mt Kobotoke-Shiroyama and Mt. Takao to Lake Miyagase.  Events with such groups can include easy runs for coffee, the waterfall runs in summer, runs ending with a visit to a hot spring, runs to enjoy autumn foliage and even nighttime runs, which require you to bring a headlamp. For those runners who are hesitant to go trail running alone at night time, group runs are a perfect way to enjoy the magic of night-time running!

For those who are up for a challenge, there is the Okumusashi long trail 105k (奥武蔵ロングトレイル) which is a 105 km loop in the Hanno ((飯能)  and Okumusashi areas of Saitama with over 5000 m of elevation gain. The whole loop is considered quite difficult, so you have the option of doing segments with many sections being near bus stops and stations so you can customise the run to your desired distance and drop out at any time.

For example, some key exit points on the course

This course was created as a result of a collaboration between Tokyo Trail Running and the local government groups, and is a great way to explore the local area.

There are also plenty of trail running races in Japan so if you’re looking for something more competitive there’s bound to be something for your level.  The most well-known trail race in Japan is the Hasegawa Tsuneo Cup Mountain Endurance Race, or simply known as “Hasetsune”. It is a technical 71.5k trail with an elevation of over 4500m and a cut-off time of 24 hours. It is strongly recommended you carry at least 2L of water and all the food you think you’ll need since this race only has one aid station at the 42 km mark.

Other popular races in Japan include:

There are a few ways you can find or sign up for races in Japan. One of the easiest ways would be to check out Samurai Sports. They offer English support for many races and events in Japan. Another could be to use Runnet Global or the Japanese Runnet website.

We hope you’ve been convinced to give trail running in Japan a go. Whether you’re interested in competing in races, or just going out for social runs, there’s something for everyone. 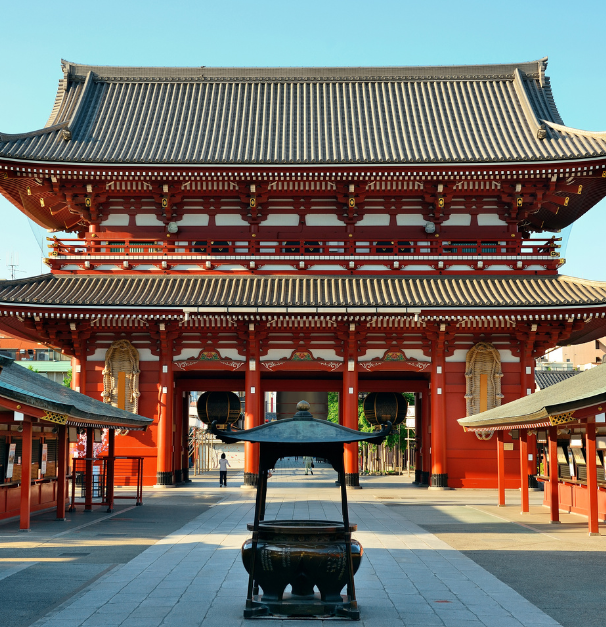 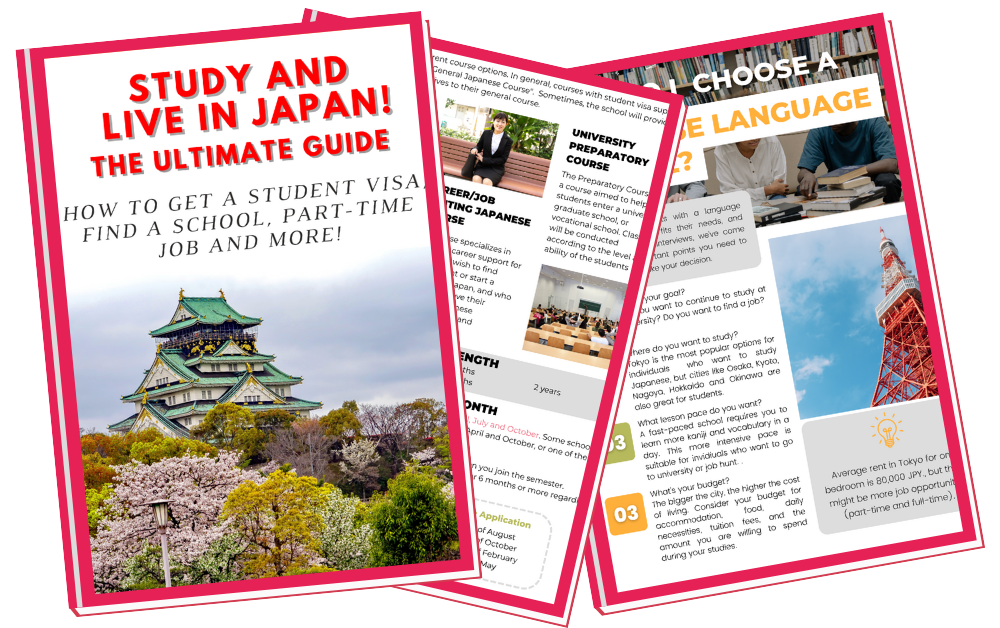